We are huge Lego fans in this house. Not only do we have a lot of the wonderful sets, but we are really enjoying streaming all things Lego on Netflix this month too! 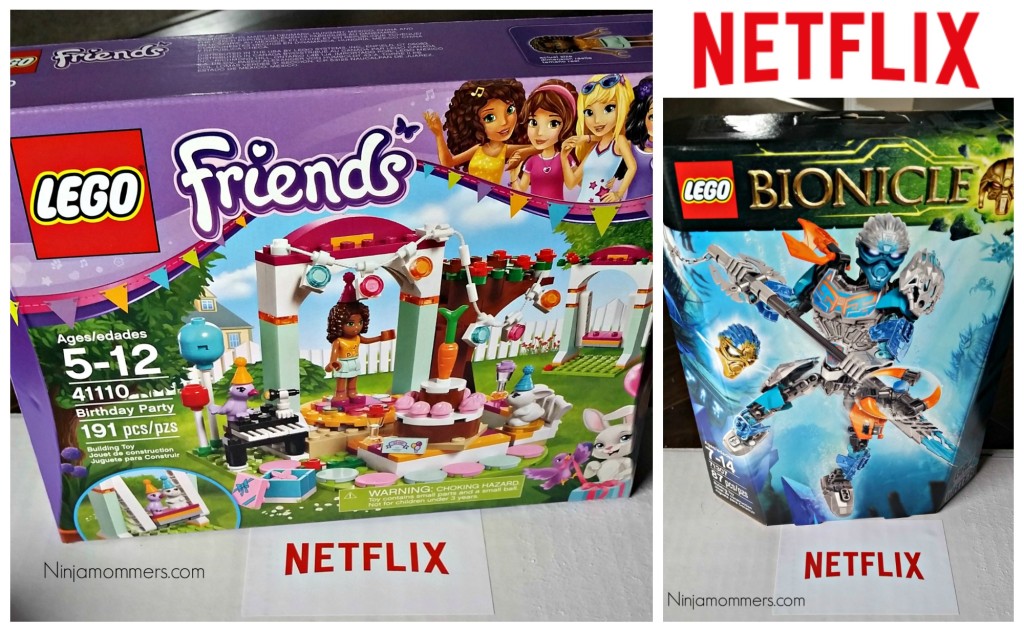 The journey starts with the very first block,
using your imagination absolutely rocks!

Creativity is awesome just like best friends,
building together, the fun never ends!

Kids get inspired and parents knowingly smile,
expressions of art and engineering make it worthwhile.

Meet us on the couch because the moment is now.
But don’t step on a piece, we know the feeling … “Ow!” 😉

LEGO Bionicle and LEGO Friends are streaming on Netflix now! Since March 4th we have been watching the new titles. We have really enjoyed it.

LEGO BIONICLE: THE JOURNEY TO ONE

LEGO FRIENDS: THE POWER OF FRIENDSHIP
Can’t get enough LEGO? We don’t blame ya. Check out these other LEGO titles available on Netflix.

We have always loved our Lego! I loved playing with it as a kid, and I still do. In fact, I use my kids as an excuse to get down on the floor and create. Now, not only can the kids and I create, but we can watch some awesome stuff on Netflix. We have loved streaming Lego on Netflix. Our favorite is Lego Batman. Baby girl is totally obsessed. I think we have watched it more often than not.

Little Man is loving the Lego Bionicle! The set is awesome, and so is the Netflix series! We love it!

Have you Streamed Lego on Netflix?

Disclosure: Ninjamommers is part of the Netflix Stream Team. All opinions are of her own.