Little Man and Baby Girl can often be overheard creating their own scenarios in the living room, mostly because they are children and I am almost sure our neighbors can hear them sometimes. They both love to participate in imaginary play both alone and with each other.

Little Man has spent many a time being a “Fire Fighter” like his Uncle M. 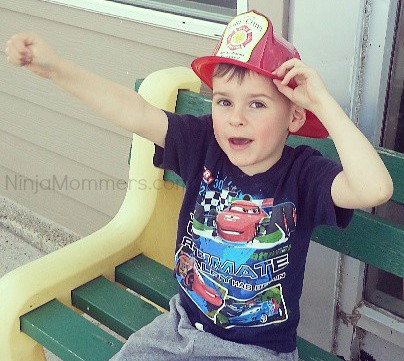 And Baby Girl can often be caught playing dress up and mimicking her favorite characters.

Little Man and Baby Girl especially love building forts in the living room out of blankets, we have always had a great time and I love when they include me in their adventures. There have been times we have been bears in a cave and I was deemed “Momma Bear,” a title quite fitting I would say. There have also been times when those forts have served as a great place to explore as “explorers on a mission”. 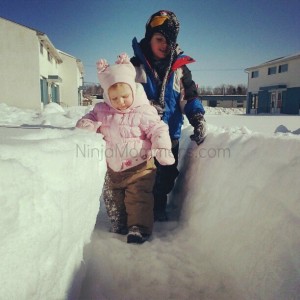 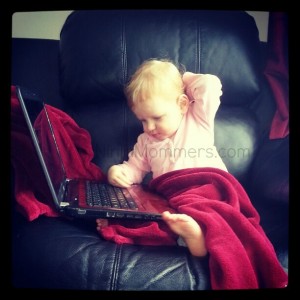 We have dug trenches in the snow and been “explorers in the Arctic”… and Baby Girl.. on MANY occasion, has been caught pretending to be Me! Other times, we have made a race track around the backyard and raced around being “Race cars”.

No matter what the adventure, I am always happy to be included!

Our vision is to inspire & empower kids through imaginative play that helps them build confidence, solve problems & discover who they are.

We LOVE to play in a constructive and imaginative way! Fueling creativity in our children is so important, and age appropriate toys are crucial to their development, especially toys that allow them to grow! Imaginext is a fantastic way to go! 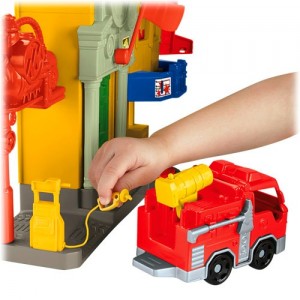 The Rescue City Center is AMAZING!

For all your playtime adventures, Imaginext is bringing on a new “Ed Venture Contest!” Join Ed Venture on his adventures as a Fireman, Knight and a Dino Warrior! This month YTV will be sharing information online and on TV about this amazing contest! Participants will be allowed to unlock special features by playing an online game and solving clues. Upon solving 9 clues and winning the game you will be entered to win 1 of 5 Imaginext Prize Packs, Valued at $300.00!

What Do Your Children enjoy to do for Imaginative Play?

“Disclosure: I am part of the Fisher-Price Imaginext Blogger Campaign with Mom Central Canada and I receive special perks as part of my affiliation with this group. The opinions on this blog are my own.”