In March 2014, the Centers for Disease Control and Prevention (CDC) released updated data on the prevalence of autism in the United States. This surveillance study resulted in identifying that 1 in 68 children have autism spectrum disorder (ASD). The reality of autism is hard for many to comprehend, unless they are raising a child on the spectrum themselves. Today we are going to share with you some signs of autism. The earlier you know your child may have autism, the higher your chance is at working to ensure your child excels in life, regardless of being on the spectrum. 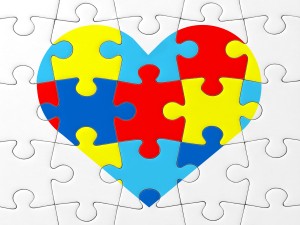 While each of the autism signs shared in this post reflects the possibility of ASD, we are in no way professionals in the area of autism spectrum disorder. The key to learning if your child may be on the spectrum is to follow your gut instincts. Use this list of early autism signs as a guideline and talk to your pediatrician about any concerns you have regarding the growth and development of your child.