The Transformers: Robots in Disguise Power Surge Optimus Prime is so exciting! Seriously, my 8 year old son thinks that this has to be one of the coolest things he has ever seen. We are huge fans of Hasbro and Transformers so this was an obvious choice for us this Holiday Season.

We love everything Transformers. The movies, the TV shows, the toys. So many opportunities for us to surround ourselves with so much Optimus Prime. So the natural choice for us was The Transformers Robots in Disguise Power Surge Optimus Prime. 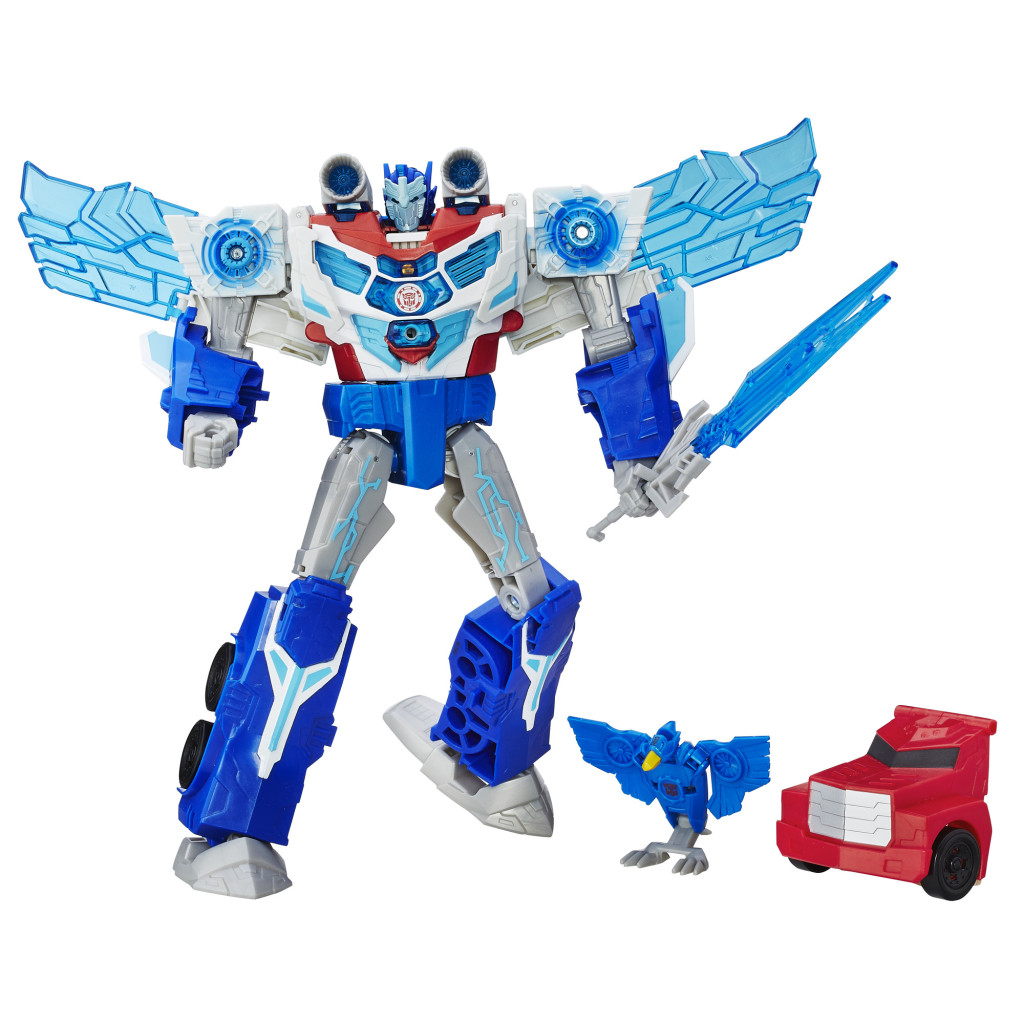 Not just one play mode but 4! All of which are super exciting. Check out Vehicle mode, Robot Mode, Power Suger Mode and Flight mode with the Transfrmers: Robots in Disguise Power Surge Optimus Prime. We love that you just attach the Aerobolt Mini-Con Weaponizers figure (Included) to activate each mode. Little man could never tire of playing with this with all those awesome modes. You can also attach different Aerobolt Mini-Con Weaponizers to switch it up (each sold seperately).

Transformers: Robots in Disguise figures unlock content in the Transformers Robots: in Disguise app. Scan the Autobot shields on these figures to unlock Power Surge Optimus Prime, a Decepticon Hunter sword, and a unique game mode. Download the app, scan the shields to activate the codes, unlock, and play! App is suggested for ages 9 and up.

I mean, obviously but This Power Surge Optimus Prime figure converts from robot to truck and back in 5 steps. The Mini-Con Weaponizers Aerobolt figure converts from eagle to shield in 1 step. This comes with a sword accessory and a demo battery. So much fun and easy to do. Little man loves switching it up.

With so many different options in play modes and transformations, this is the toy that your kids will forget about the box for.

Disclosure: This post was sponsored by Hasbro, all opinions are of my own and not influenced in any way!