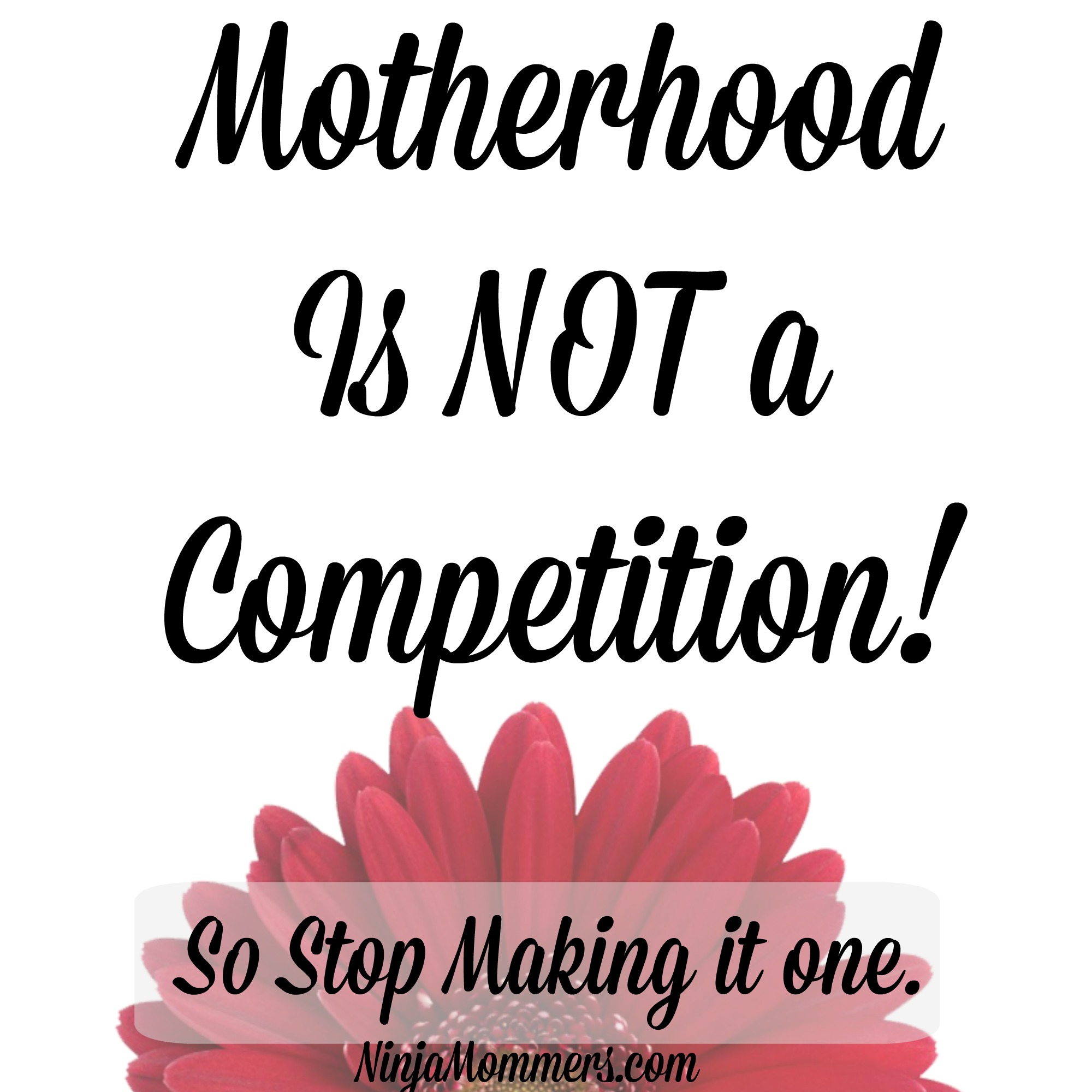 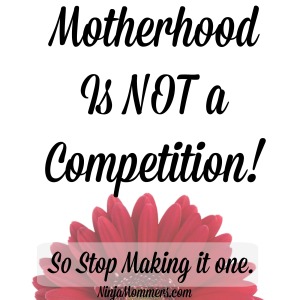 If I could only tell you one thing, just one, it would be to STOP comparing yourself to other moms!

Seriously, Motherhood is not a competition, so why does it seem that instead of banding together, so many moms are engaged in a constant battle of who can create Pinterest inspired creations better than the other? Since when does sticking spaghetti through hot dogs more creatively, make you a better mother than some one else? It doesn’t. In fact, it’s the thought that counts, the effort that makes a difference and if it’s not a perfect looking hot dog spider or what have you, then the kids will have fun laughing at it anyways. Win Win.

I am so sick of the whole “Motherhood Competition!” I really am. I would much rather everyone truly support each other than spend so much time trying to “Out Mother” one another. Seriously, it accomplishes nothing.

Have you seen the Mom walking her Daughter with the elaborate braid she created from using a Youtube tutorial? It only took her 45 mins and half a bottle of hairspray, and your daughter’s hair has just decided to compile itself into a birds nest as soon as you walked out the door.

If you are the mom with the child with the messy hair… good on you. Who cares?! Maybe you forgot. Maybe the morning was INSANE and you didn’t have time to fight with your child to do a fancy up do. Maybe you could care less about fancy hairstyles, and your daughter is right there with you as she hates getting her hair done. No matter what the reason, it’s not anyone’s business so don’t you DARE compare yourself to that woman who’s child looks like she just stepped out of a salon. That may be that woman’s definition of success, but it isn’t yours and that’s OK.

If you are the mom with the youtube tutorial playing in the background as you create magic with your daughter’s hair… good on you. Maybe this was a one time thing, maybe you do this every single day, and your daughter thinks you’re the best for it. No matter what the reason, it’s not anyone’s business, so don’t you dare compare yourself to the woman whose child has a bird’s nest coming out the back of her head. That may be that woman’s definition of success, but it isn’t yours and that’s OK.

Motherhood is NOT a competition, unless you are competing against yourself to meet YOUR definition of success.

Do you ever feel like Motherhood is a Competition?

6 thoughts on “Motherhood is Not a Competition- So Stop it.”