I was picking my 7 year old up from school they other day and I saw all these kids with cell phones. They were filing out of the school doors like completely distracted drones. Many of them had phones in their hands either listening to music, or texting, or sharing photos… Many were the same age as my 7 year old, some were older.

I stood there in complete awe. I mean, I was shocked. Does everyone give their children tablets and phones now a days?! Am I the only one that won’t? I am talking like adult devices, my kids have LeapPads, and time limits but I am talking like the large tablet brands… not the ones for learning purposes. Listen, I don’t judge you as a parent if you have chosen to give your children a phone or tablet. To each their own! I would, however, judge myself if I did because it’s NOT necessary in my eyes. At all. These kids with devices, all seemed to be too distracted to actually engage each other. Not to mention.. what the heck are they giggling at? Too much freedom for such a young age in my opinion. 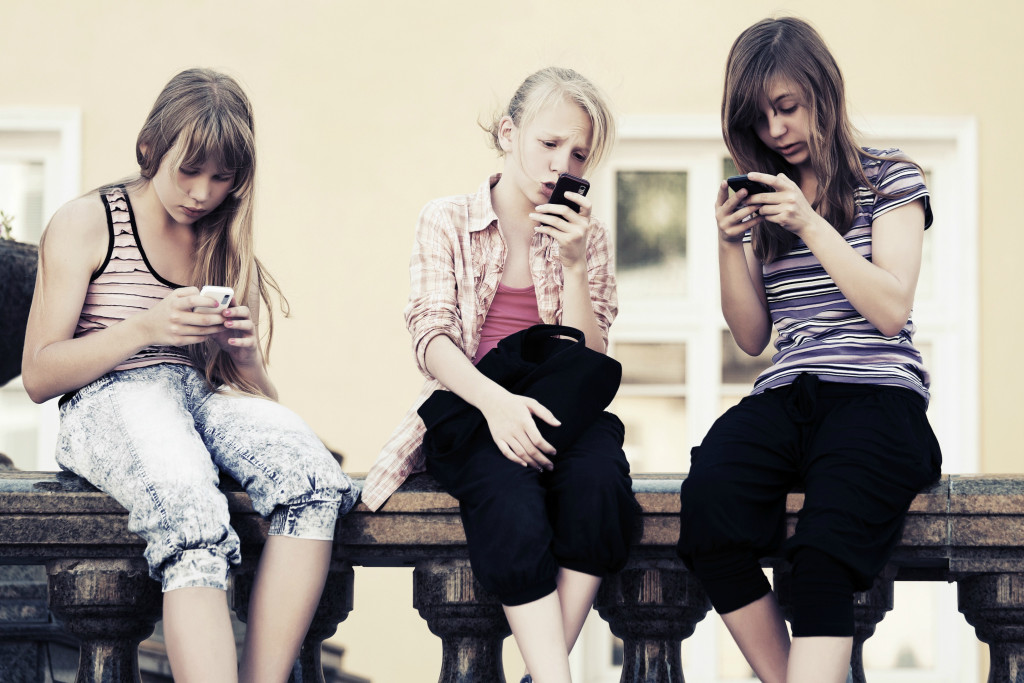 Kids with Cell Phones: Why I Won’t Allow it

My children can contact me at any time they would like using the phone at school. If there is a need to get in contact with me, they can walk their butts down to the office and call me from there. There is NO ONE else they need to be contacting during the school day… their teachers are right there, their friends are right there. The end.

Phones are expensive to maintain. I can’t afford to pay for my children to have phones. I just can’t. They break, they run up bills… just no. Kids with cell phones cost just too much. Pay as you go, is clearly also an option, however, that would be the only option that I would even consider… because that I can outright control. You get $10 of pay as you go credit a month and if you spend it all doing dumb crap then you won’t get more until the next month… and that, would only be after my child is 7 and is going places on his/her own without parent supervision… which won’t be for a while.

They are a Distraction

Cell phones, tablets and the like are all hideously distracting. Kids with cell phones have easy access to distractions, above all the other daily distractions. My children have school work, they have homework and chores. We also have family time. They don’t require a device in their hands at any point during any of these things. I don’t need mindless zombies walking around my house and I certainly do not need to facilitate that by giving them a device of their own. I mean come on, chores can be exciting… and even if they aren’t, too bad.. no phone.

My kids are 7 and 4. I would like to think that they are pretty responsible for their ages. They do dishes, laundry, dust, and vacuum. They are also pretty responsible when it comes to cleaning up after themselves and making decisions about what they are allowed to do and not allowed to do. They are not, however, responsible enough to make adult decisions and having a phone would require that in many ways. They also, are not responsible enough by law to maintain a paying job. So, when they are at the age that they can maintain a steady paying job, have enough money to put aside in savings, pay for any extras they may want AND carry a phone bill… they can have a cell phone. Here’s the thing. My children have SO MANY more important things to learn BEFORE they have anything like a cell phone just given to them.. and even the cell phone, that will be a learning tool about money, budgeting, not going over your bill etc. because I won’t bail them out if they don’t pay! They will just have to have the phone shut off. They will also be required to save off each paycheck on top of paying the bill. If you can’t afford the luxuries on top of the “Bills” you don’t get the luxuries. <— Important lesson right there.

No Child NEEDS a cellphone, they just WANT a cellphone. There is the difference.