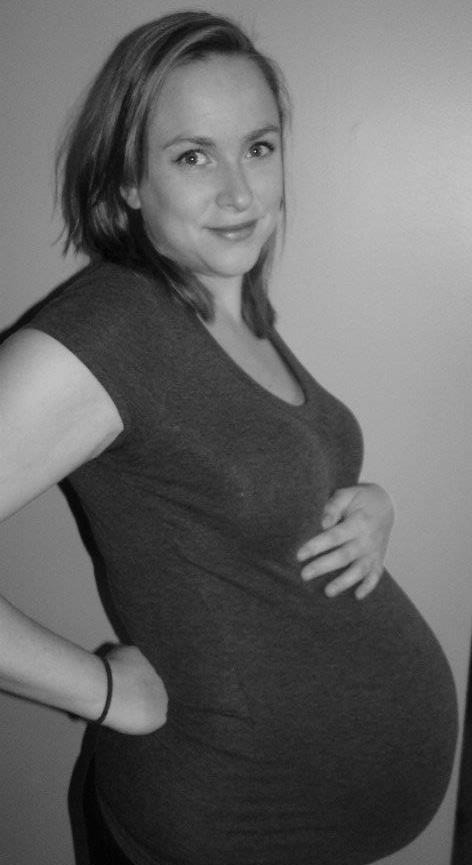 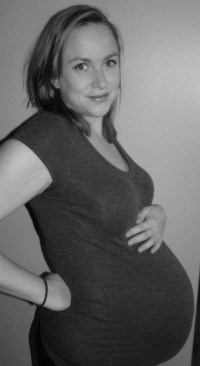 So, I have come to grips with the fact that when baby wants to come she will come. I have tried a lot of the old school methods to get things going and so far nothing has even started to kick start anything as far as I am concerned. It’s so funny how much time I have invested in finding “Natural” methods to induce labour. When really… is inducing labour at all natural? Nope. Yeah I know, I am awful. But this Ninja’s stealth levels have totally dropped.. I was a klutz before but now not only am I a klutz but I am HUGE. I haven’t seen my feet in ages and lets not even talk about my nether regions…. although I’d rather not see them at all at this point…

I have researched all kinds of things, tried several others and so far… Nadda.

So, as I lay here on my left side on bedrest… hips throbbing and burning, rib cage finally feeling as though I can breathe, back aching, and feeling like I weigh a million pounds… I am no longer going to spend this time searching for ways to induce labour but I am going to spend this time enjoying relaxing, spending time with my Little Man and enjoying the family the way it is… just the four of us (Husband/Daddy, Little Man, Me and Our Pup) until we can finally welcome the fifth and final addition to our family.

Its amusing all the ways that are supposed to help labour on, The few I tried…

Fresh Pineapple– Apparently Pineapple contains an enzyme called Bromelain which is thought to help to soften the cervix and so bring on labour- but in order for it to do so you almost have to eat the equivalent of 7 fresh Pineapples JUST to get the right amount of Bromelain, and really all that can guarantee is a pretty fun case of the poops…. SO I didn’t eat 7 but I have eaten at least 3 in the past week and still nothing.

Eating Curry– Yes, ladies and gentlemen I have tried eating curry, in mass amounts. In fact it has done nothing for me except add to the heartburn. I have eaten curry for lunch a few times this and last week- no baby yet.. so no dice.

Sex– Yeah, at this point we only tried this once, considering the discomfort and the bed rest thing this made for a very interesting love making session… and in the end, no labour. I believe I will be saving the amorous adventures for at least 6 weeks after the baby is born…. maybe never! Ha!

Walking– Now being on bedrest and such I shouldn’t be straining myself but I HAVE been trying to make sure I get some walking in every once in a while. In fact, I decided that walking for almost an hour one day would be a good idea- as long as it resulted in Baby girl making her appearance- Well, she didn’t come… and I couldn’t sleep that night I Was in so much pain…. so that long walk itself did NOT induce labour.

Membrane Sweep– Since I am so uncomfortable my OB offered me a Membrane sweep to try and help move things along as naturally as possible without having to use medication…. supposed to work within 48 hours… No Dice… Or no baby.

Bumpy Car rides– I have been in the car enough times going over train tracks and speed bumps that I think I Might go insane- the only thing that has resulted? Almost peeing all over the car… thats it…. no baby.

There are of course other suggestions to induce labour such as Castor Oil- but I am not really a fan of putting that stuff anywhere inside my body- so I Skipped that one.

But a lot of these “suggestions” were used in conjunction with one another for a repeated period of time and STILL nothing. I am now FINALLY convinced that she will come when she is ready- and I won’t expect it when she does and it will scare the bejezuz out of me.

So, if you are looking to induce labour I will give you my one piece of advice- Don’t bother, baby will come when he/she is ready (I KNOW You hate hearing that, so do I).. seriously… I have tried… but no harm  in trying either- Just try not to obsess about it.

Good Luck to all you pregnant women out there! Congratulations on your pregnancy and I wish you a quick and easy delivery!