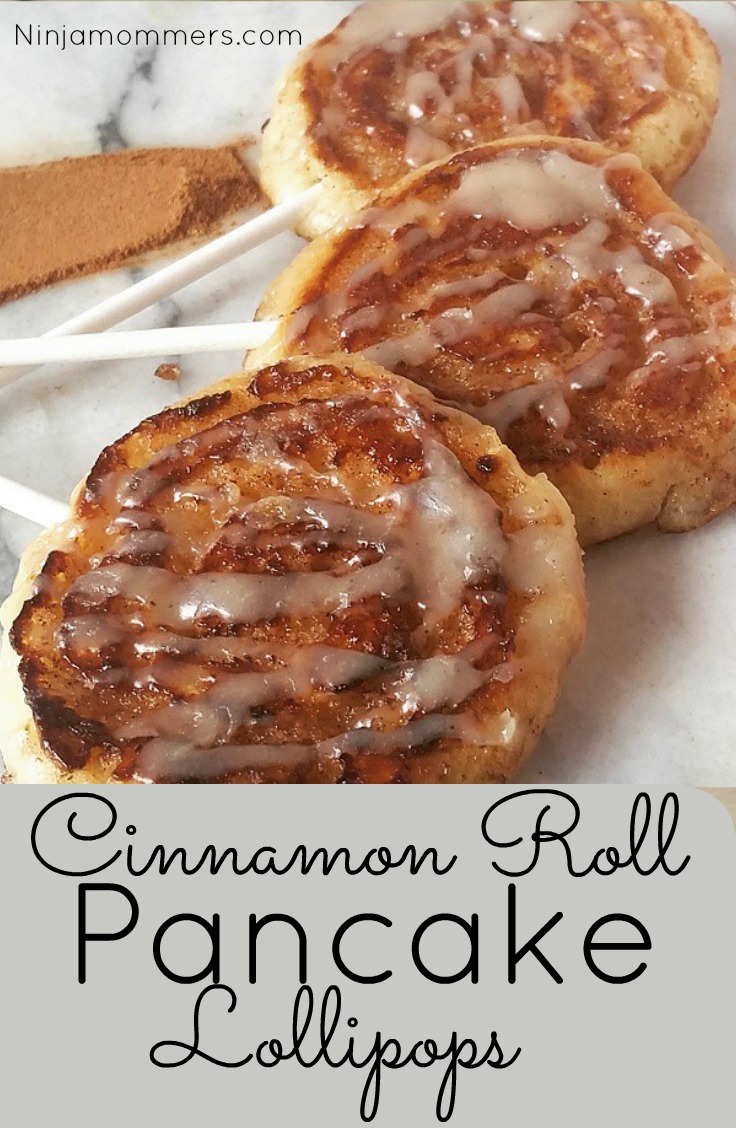 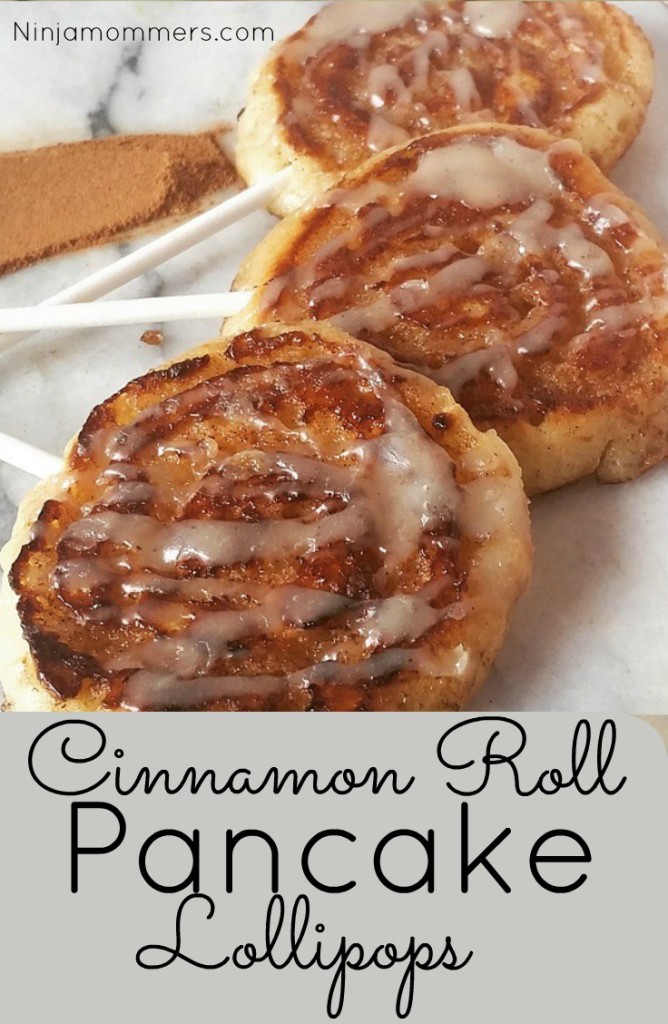 Just in time for Pancake Tuesday, I am sharing my newest favorite recipe. These amazing cinnamon roll pancakes are so delicious that I couldn’t just stop at one. Making a mini Pancake into a cinnamon roll is beyond delicious, stick a stick into it and call it a lollipop and your Pancake Tuesday just became a party! 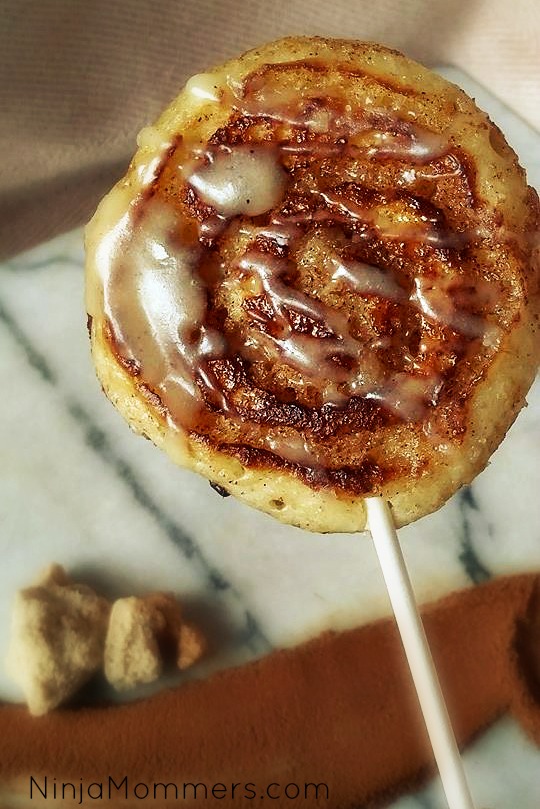 These Cinnamon Roll Pancakes aren’t your normal drown in syrup and consume pancakes. No, No they aren’t. These pancakes are no syrup required pancakes. Delicious on a stick pancakes. Love in your belly pancakes. Dessert and a tea pancakes, if you will.

If you love pancakes and cinnamon buns, then please believe me when I say: “BLAMO two worlds collide!”

The kids helped me make these and I seriously believe that I have NEVER had a pancake this good. In my life. Might I also add, that I have eaten a lot of pancakes in this lifetime. My thighs prove that.

My kids LOVED these as a treat, they thought it was super amazing that they were pancakes… on a stick! They raved about them for hours after I let them be my taste testers. They also felt it necessary to brag to the neighbors that they had pancake lollipops. I don’t know why, but if you put next to anything on a stick… Kids LOVE it. Something tells me that these would be a hit on a stick or a plate though.

Pancake Tuesday is a lot of fun as it is. We really enjoy making pancakes for Pancake Tuesday every single year. This year will be no different, but I will be making these for sure!

Please be advised that they ARE sweet, so maybe limit yourself on how many you consume. (Or don’t, I didn’t.) 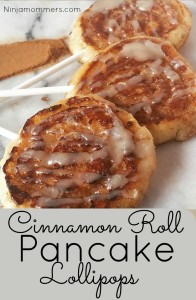 Serves 6
An Amazing Pancake with a cinnamon swirl, topped with a delicious cream cheese glaze, perched on top of a lollipop stick.
Write a review
Save Recipe
Print
For The Cinnamon Roll
For The Pancakes
For the Glaze
For the Cinnamon Swirl
For the Pancakes
By Ninja Mommers
NinjaMommers http://www.ninjamommers.com/