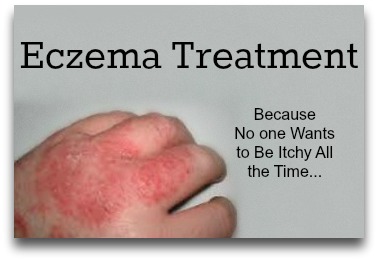 A few months later, she had totally broken out. She was covered from head to toe. I am serious, Literally COVERED. Her head was caked with a thick yellow crust of “Cradle Cap.” Her body was dry, itchy and seeping.

I had taken her to the doctors. Our Family doctor had given me some advice. We were told to completely cut her off lactose and soy based formulas. We had to go buy a soy and cows milk free formula and switch her over. We were also told to only bathe her a couple times a week and for a short period of time. Then we were supposed to make sure she was moisturized with a baby moisturizer.

We did. All those things.

She hated the new formula. It smelled like cat food so I am sure it tasted like it. It was a battle to get her to eat, but eventually she did.

None of this worked. In fact, she started getting worse.

Her skin started to crust, she was up all night because she was uncomfortable. I tried everything. None of it worked. She was tired. I was tired. We were both grumpy and I was heartbroken that nothing was working for her.

We consulted a Naturopathic Doctor. We were advised that there were dietary issues causing her skin issues, we were told they could help us. Then, we were told their fee. It was a lot of money. No amount of money was too much though, to ensure that our little baby got some help. We started trying to figure out how we were going to do this.

In the meantime we continued seeing our family doctor and trying their advice. Finally I insisted the doctor refer us to someone else. Before I went to a Naturopath, I wanted another opinon. He obliged and booked us in with a dermatologist.

The day we went to the recommended Dermatologist, I didn’t feel hopeful. In fact, I felt totally hopeless. I didn’t think anything could help. Nothing had!

The doctor suggested things that shocked me.

I was told to change her back to the formula she was on before, I was told that there was no way that a food intolerance or allergy would cause eczema. In fact, if she was having intolerance or dietary issues she would have gastrointestinal issues.

I was told to bathe her at least TWICE a DAY!

I was told to keep her moisturized with a bunch of different creams.

I was told the EXACT opposite of what I had been told in the first place.

In fact, after a month of following the Dermatologist’s advice… She had cleared up significantly, and there was no more feeding struggle as she was back on the food she loved.

Baby Girl is now 2 years old, she still gets spots once in a while, but we follow the regiment and her skin looks great.

The Baby Eczema Treatment Regime we follow works amazing for us! We are happy!

*Disclosure: This post is in no way to be considered medical advice, Ninja Mommers is not a doctor. Please see a Doctor if you believe your child to have any medical issues. This post is for reference only.*

4 thoughts on “Baby Eczema Treatment- My Baby Had Terrible Eczema!”